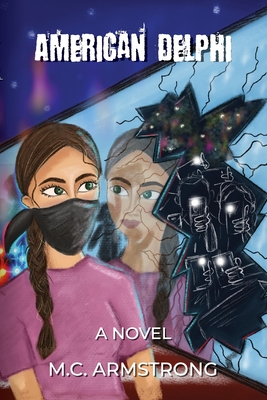 During America's summer of plague and protest, fifteen-year-old Zora Box worries her pesky younger brother is a psychopath for sneaking out at night to hang with their suspicious new neighbor, Buck London, who's old enough to be their father. Their father, a combat veteran, is dead-suicide. Or so everyone thinks, until Buck sets Zora and her brother Zach straight, revealing their father as the genius inventor of a truth-telling, future-altering device called American Delphi.

Once Zora discovers the true history of her family, her life begins to change, and so do the paths of everyone around her, including a community of activists who descend on her neighborhood after the tragic death of Zora's best friend, a trans-teen named Aria, propelling Zora to activism and international hashtag status.