An Ocean for Revenge (Paperback) 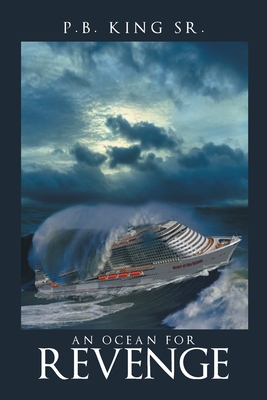 An Ocean for Revenge (Paperback)

In 2008, all Troy Peterson wanted to do was give his wife the honeymoon and vacation they deserved. Being software engineers, they married two years earlier but never had time for a honeymoon. Given the chance by his boss and friend, Troy grabbed the opportunity and got tickets for a cruise to the Bahamas for a dream vacation, but unknown to him, his wife, Julia, had other plans. After arriving in Nassau, they had two beautiful days, but just before they get ready to board the ship, Julia disappears. An all-out search is led by the ship's staff captain, but she is nowhere to be found. Forced to leave, the ship turns the investigation over to local police, and the FBI is also assigned. Troy refuses to leave with the ship, and he stays behind to search for his wife. Never forgiving the cruise line or the ship's officer for leaving, anger sets in as the investigation goes nowhere and is slowly replaced with revenge.

In 2018, the maiden voyage of the fleet's newest, most modern designed ship on the seas leaves New York, with over four thousand passengers and a VIP list including the cruise line's president, state, ship, and local officials, including other dignitaries. One unpredictable and relentless storm head in their path, bringing with it a nightmare no ship or its crew ever wants to face, much less survive. One man's deadly and unforgivable revenge for the captain and a serial bomber on board seeking his own retribution for the team of investigators hunting down the captain's enemy. A ten-day vacation turns into ten days of hell and survival as the team of opposing investigators and one former criminal attempt to stop one madman about to create a disaster at sea of unthinkable horror.

Sending one ship and over five thousand people to the bottom of an unforgiving ocean.