What Becomes of the Brokenhearted: A Memoir (Hardcover) 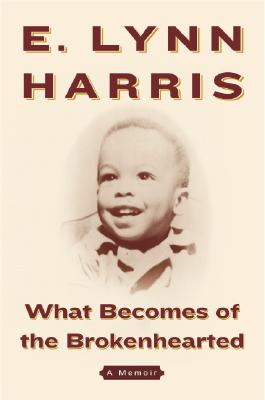 For almost a decade, beloved storyteller E. Lynn Harris has welcomed you into his family with his passionate, warm and trail-blazing novels. Now, he invites you into the most intimate world ever--his own.

Since his first book Invisible Life was published in the early 1990s, New York Times bestselling author E. Lynn Harris has wowed, charmed and romanced millions of readers. As a master storyteller, E. Lynn Harris has created an intimate and glamorous world centered around his signature themes of love, friendship and family. People all over the world have fallen in love with his characters and laughed and cried with them.

Now, in his most daring act yet, E. Lynn Harris writes the memoir of his life–from his childhood in Arkansas as a closeted gay boy through his struggling days as a self-published author to his rise as a New York Times bestselling author. In What Becomes of the Brokenhearted, E. Lynn Harris shares an extraordinary life touched by loneliness and depression, but more important, he reveals the triumphant life of a small-town dreamer who was able through writing to make his dreams–and more–come true.

E. LYNN HARRIS is a former IBM computer sales executive and a graduate of the University of Arkansas at Fayetteville. He is the author of eight novels: "A Love of My Own," " Any Way the Wind Blows," " Not a Day Goes By," " Abide with Me," " If This World Were Mine," " This Too Shall Pass," " Just As I Am," and "Invisible Life." In 1996 and 2002, "Just As I Am" and "Any Way the Wind Blows" were both named Novel of the Year by the Blackboard African American Bestsellers, Inc. "If This World Were Mine" won the James Baldwin Award for Literary Excellence. In 2000 and 2001 Harris was named one of the fifty-five "Most Intriguing African Americans" by "Ebony" and inducted into the Arkansas Black Hall of Fame. In 2002, Harris was included in "Savoy" magazine's "100 Leaders and Heroes in Black America." Harris divides his time between New York City and Atlanta, Georgia.

"The story of how [Harris] overcame the demons of his past is inspirational." --Entertainment Weekly

"Has all the dramatic elements of a compelling work if fiction....And Harris shares the positive experiences that have helped him becomes...proud, successful, happy." --The Advocate